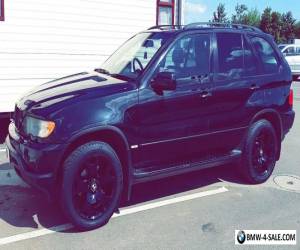 2003 BMW X5 3.0 sport black 211537 milesPrivate plate Included worth ??700.00  (M2 LCW)Some service history MOT'd until 6th November 16Tinted windows, Xenon LightsBlack alloy wheels with good tyres Interior is in good condition.External it has the some odd stone chips which are not verynoticeable and slight scuff on the rear left of the bumper which was on therewhen purchased it in August 2015. Black sport alloy wheels in fair condition would need areferb to be spot on but really are not too bad at all.Mechanically sound and runs very well. Spent around ??400on it when first purchased it as it had some slight squeaks coming from thesuspension which were annoying if you had the window down, so had all thesuspension checked over and replaced any parts to make safe and sound. Noproblems since work was completed, drives really good and solid.I am selling the car as originally bought it for mygirlfriend as we recently had little baby and she wanted bigger car for thepram etc.. but she managed to get on with her other car fine so the car is justsat on the drive most of the month. have only had the car myself for 10months (August 15) andin that time have not had any major issues. Only Bad points are that only recently the speedometerdecided to stop working when driving and will the all of sudden start workingagain. don't really want to spend any more money on the car as just want toget rid due to not needing it...As previously said wheels could benefit from referb andthe stone chips let it down apart from that it's good solid no rustunderneath or on top Honest car with loads of life left in it and it really looksthe part as you can see from the photos.The car has private plate at the minute which is worth??700 which originally came from Mercedes.
Cash on collection. collection only. 07772138 983Chris
Also published at eBay.co.uk 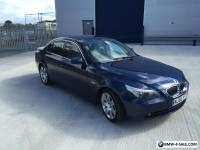 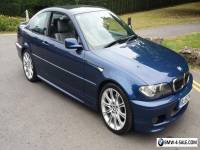 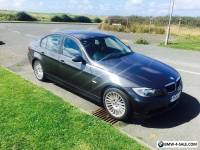 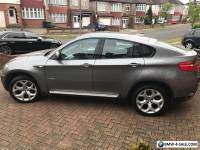 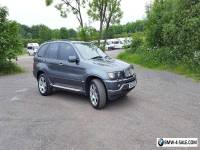