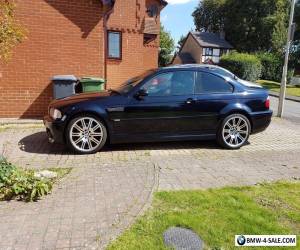 This listing is for my 2003 E46 M3 coupe with SMG gearbox in carbon black (an extremely underrated colour and hope some of the pictures show how different it can appear as light varies).  It is with quite heavy heart am listing the car, as in an ideal world wouldn't be, but some rather unplanned expenditure on our houses means must.  Suffice to say, am upset to be selling the car and will definitely have another once finances allow again.
The car drives extremely well, testament to the work completed on its last major service in April.  I've experienced no problems with the SMG, though will include salmon relay and litre of the SMG specific hydraulic oil with the sale.  I've never had to use either, but will include them for peace of mind.  The interior is generally very good, with some scratches to the centre console plastics, which is pretty normal for E46s; however, the leather is in fantastic condition.  The car's bodywork is good and haven't found any rust, including on the front wings, which is becoming common rust spot on E46 M3s.  Overall, I'd say the car is in good to very good condition and there's nothing to stop someone using it every day if he/she wanted to or to pamper it and turn it into pristine example.
The car is currently on 101,538 miles, which may increase slightly by the time the car is sold.  I don't commute in the car, so any increase will be minimal.  The most recent service was completed at 100,988 miles in April with the MOT, so there's quite bit of time before it will require its next service.
I feel the car is priced very reasonably for its history and condition, really think anyone would struggle to find substantially better one for under ??10k.  You could also use the difference in price to fund lot of work (not that it needs it) and fuel!
I've included an itemised list of the work completed on the car below.  This is the work of which am aware, which is not to say there have not been other works completed on the car. 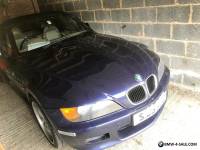 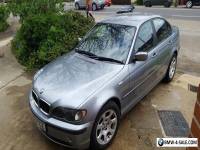 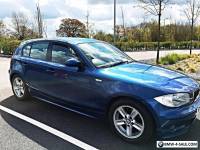 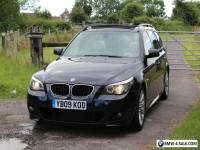 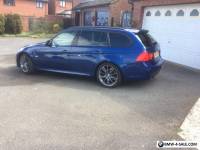