Do you like this Item?
2003 BMW M3 for sale
Current customer rating: 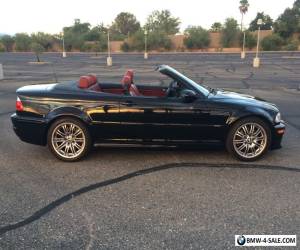 This is an increasingly rare car, an e46 M3 convertible with low miles, six-speed manual transmission and detailed, unbroken maintenance history. I'm the fourth owner, and I've met two of the previous owners.
The first owner was lawyer in the California Bay Area. He bought the car new from BMW Concord in Concord, CA. He drove it from an in-service date of December 2004 until he sold it to collector in Portland in October of 2012. Over those years, he put about 60,000 miles on the car.
The car spent less than year in Portland before it moved to Tucson, AZ with the Portland family's son who was attending the University of Arizona. He drove the car about 10,000 miles in two years before he sold it to an earnest young man who bought the car as wedding present for himself and his new wife. He got the keys on their wedding day.
After putting on new set of Continental Extreme Contact tires and replacing the stock stereo head with Dynavin unit, he realized that that this is not cheap used car to operate. He owned it about year and drove it roughly 6,000 miles. He and his wife reluctantly (the wife more reluctantly than him, think) sold it to me couple of weeks after their first baby was born because they needed to rearrange their expenses.
Originally, had intended to use it as daily driver, but couple of things happened to derail that plan. Number one, fixed all the little irritating aesthetic things that were wrong with the car and it basically made it look brand new:
-rewrapped steering wheel-new OEM shift knob and boot-new OEM floor mats -professionally wrapped all the peeling titanium shadow trim pieces in carbon fiber cloth-repaired self-dimming rearview mirror-repaired the driver's side seat bolster-refinished all four wheels-clay barred and polished and waxed the exterior-cleaned and conditioned the leather
The other thing was that Hagerty put this car on their top-10 list of cars to buy in 2017.
This left me with 14-year-old car that is way too nice, and potentially too valuable, for me to put miles on to drive to work everyday and leave sitting out in the Southern Arizona sun. already have more cars than need or legitimately have room for, especially since we're downsizing now that our son left for college. I'm letting this one go to someone who doesn't care about putting miles on it and will enjoy it or who has room to store it like museum piece.
Aside from being in beautiful shape aesthetically, it's been very well maintained mechanically. You can find any number of M3s online that are less, maybe thousands less, than this one, but you'll find yourself immediately paying for one or more of the following commonly-failed BMW items that have already been sorted out with this one:
-VANOS-water pump-trailing arm bushings-washer pump
The last picture is screen grab of all the maintenance that's been done--many thousands of dollars that you didn't have to pay, but that you likely will if you buy an undocumented M3.
-multiple oil changes-differential fluid changes-coolant flushes-brake fluid flushes-spark plugs-new tires 5,000 miles ago-air filters-micro filters-belts and wipers-inspections and 2-much more
All of the original records go with car along with the original manuals.
Thanks for looking!
Also published at eBay.com 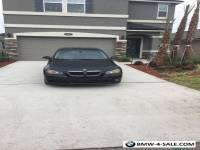 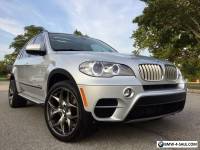 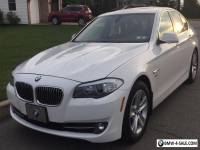 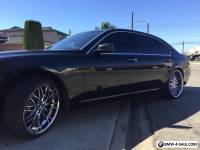 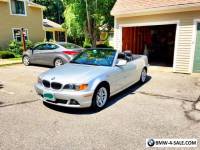