Do you like this Item?
2016 BMW M3 Sedan - Executive Pkg for sale
Current customer rating: 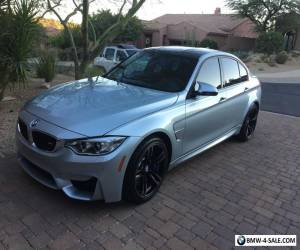 This is an amazing car and stands out from the crowd of other M3's with it's Silverstone Metallic paint and red leather interior, with upgraded black BMW logo's and black badging. Also the carbon fiber wrapped front spoiler.   IMMACULATE CONDITION AND WELL TAKEN CARE OF  !!
The M3 is legend in the world of performance cars, causing enthusiasts to gush when given the chance. Under the hood is twin-turbo 3.0-liter inline-six that makes 425 hp and 406 lb-ft of torque; it makes glorious sounds all the way to its 7500-rpm redline.
For more power, the Competition package offers 444 hp and 20-inch forged wheels. six-speed manual is standard and seven-speed dual-clutch automatic is optional. The M3 comes only as sedan.The quality of cabin materials is superb. The dashboard, doors and center console sport eye-catching curves and surfaces. And the sport front seats are remarkable, featuring power side bolsters that keep occupants planted during spirited drives. The iDrive system (with navigation and high-resolution 8.8-in screen) is also great feature.  No doubt about it, this car is monster.
The twin-turbo inline-6 packs an enormous punch at practically any engine speed. Whatever gear you're in, punch the gas and hang on. Some may find the aggressive acceleration noises disconcerting, especially when they discover that it's simulated soundtrack piped through the speakers (the turbos effectively muffle whatever the inline-6's natural noises would be). But no one will find the M3 low on power. If anything, it's overkill. It yanks the M3 to 60 miles per hour in just 3.9 seconds with the 7-speed dual-clutch automated manual transmission thanks to Launch Control mode.
The manual also has an automated rev-matching feature for perfectly smooth downshifts.Handling-wise, this M3 feels larger than its predecessors, with electrically assisted steering (for the first time) that isn't as tactile as the older hydraulic setups. However, there's no arguing with the car's capabilities: Push an M3 on winding road, and you'll discover that its limits are far beyond what most drivers could imagine or would dare to reach, yet it can still be well mannered on rough roads at the same time.
Standard safety equipment includes anti-lock disc brakes, stability control and eight airbags (front, front-side, front-knee and full-length side-curtain). The BMW Assist emergency telematics system, which includes automatic accident notification, stolen vehicle tracking and roadside assistance, is also standard. The Driver Assistance Plus package adds an array of advanced safety features.The specialized M3 hasn't been crash-tested, but the Series sedan (on which the M3 is based) received high marks. In government crash testing, it earned five stars out of five overall: four stars for front impacts and five for side impacts. Similarly, the Insurance Institute for Highway Safety gave the Series its top rating of Good in all categories except for the new small-overlap front test 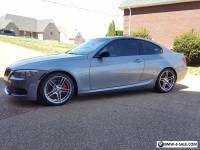 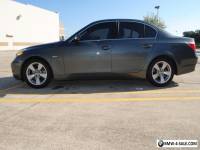 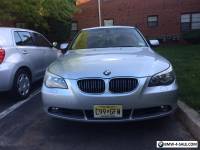 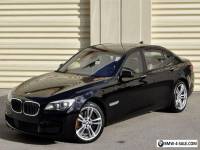 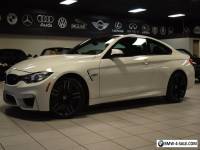